U.S. utility CEO: Move away from coal ‘saves everyone money’ FacebookTwitterLinkedInEmailPrint分享Energy News Network:In a speech this week to a large, business-friendly crowd in Grand Rapids, Michigan, Consumers Energy President and CEO Patti Poppe presented an economic case for solar power, electric vehicles and moving past coal.The company closed seven Michigan coal plants in 2016, cutting carbon emissions 25 percent without hurting its workforce. As the company focuses on solar in the coming years, Poppe said electric vehicles will play a growing role in the company’s “triple bottom line” principle of serving people, the planet and prosperity.It’s a big departure for a CEO who not too long ago had an “I love coal” bumper sticker on her car:Poppe conceded that Consumers previously “fought” solar adoption. Now the company is embracing it, planning up to 6,000 megawatts of solar in its portfolio by 2040. “We can have cleaner, more modular energy that more closely matches demand,” Poppe said. “It saves everyone money.”She said the build-out will be “a little bit of both” utility-scale and smaller distributed projects, but active farmland isn’t the company’s first choice for development. “We should be finding ways to use otherwise unusable land for solar — parking lots, warehouse rooftops,” she said.Earlier this year, the company announced it would be coal-free by 2040 and reduce carbon emissions by 90 percent while also reducing water usage and waste sent to landfills. The company also does not plan large capital investments in a natural gas plant. “It’s a win-win-win,” she said. “That’s why it’s not an economic risk to move away from a traditional energy source like coal.”More: Four key takeaways from a Michigan utility’s clean energy transition 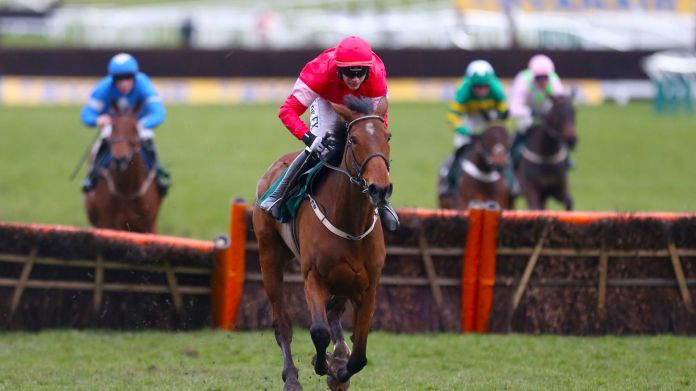 Meagan Goodine (left) and Alyssa Chesney battle for the ball in Monday night’s scoreless tie between Bucksport and George Stevens Academy.PHOTO BY RICK MCHALECARIBOU — The Mount Desert Island girls’ soccer team was upset by Caribou on Saturday.The Class B fifth-ranked Vikings beat the No. 4 Trojans 2-1, snapping MDI’s three-game winning streak.Ellie Bridges opened the scoring for MDI (7-3) off an Ally Bender assist three minutes and 34 seconds into the game. Maddie Doucette answered with a goal for Caribou (6-4) with 26:03 left in the half.Doucette capped the scoring off an Amber Moir assist to make it 2-1 with 7:05 left in the first half.This is placeholder textThis is placeholder textJaelynn Doody made six saves on 14 shots for Caribou and Keely McConomy made four saves on 13 shots for MDI.GSA 0, Bucksport 0George Stevens Academy (5-1-3) and Bucksport (2-4-4) tied Monday at Bucksport.WA 2, Sumner 0Molly Sheehan and Sophie Squire each scored a goal for the Washington Academy Raiders (3-4-2) in their Monday night win over Sumner (3-4-3) at East Sullivan.Kala Young made five saves on 16 shots for Sumner.Bangor Christian 5, DI-S 3Ava Lowry netted two goals, and Abby Eaton chipped in one for the Deer Isle-Stonington Mariners (0-9) in their loss to Bangor Christian (2-6) on Saturday at home.Sadie Rice made 13 saves for the Mariners.Central 4, Sumner 1The Central Red Devils (6-4) scored the first four goals and never looked back as they defeated Sumner on Saturday at East Corinth.For Sumner, Taylor Merchant converted a penalty kick for the Tigers’ only goal, and Kala Young made 10 saves on 18 shots.Bucksport 3, WA 0Eliza Hosford scored two goals and Hannah Farnworth added one to propel Bucksport to victory over Washington Academy on Friday at home.Old Town 2, Ellsworth 2Ellsworth (1-7-1) and Old Town (2-6-1) remained tied after two overtime periods on Thursday at Ellsworth.For Ellsworth, Arie Peterson scored off an assist from Kira Kennedy. Leah Stevens also chipped in a goal, and Callie Hammer finished with 19 saves.Narraguagus 4, DI-S 1Kymberli Dow scored one minute and 32 seconds for the Narraguagus Knights (3-4-0) en route to their Thursday night win over DI-S at Harrington.Ashley Haskell scored the only goal for DI-S, and Sadie Rice had 12 saves for the Mariners.MDI 4, Presque Isle 2Opal Curless registered a hat trick to help propel MDI past Presque Isle (6-3-1) on Thursday at Bar Harbor.Paige Mason scored the first goal of the game for MDI off an Adriana Novella assist.Presque Isle scored the equalizer with 25:12 left in the first half. Five minutes later, Novella got her second assist of the game when she crossed the ball from the left side and found Curless ready for her first goal.MDI’s Keely McConomy and Ally Bender combined for five saves on 13 shots.